I just noticed it’s been over a year since my last blog. It’s been a busy year. On the personal side, my band “The Rooftops” which is a Beatles Tribute Band where I play the part of George Harrison perfomed at the “Japan Recovery Live” to aid in the recovery effort from Japan’s Earthquake Tsunami damage. I also joined a band called “Three of Us” in their live at the Honda Museum (which is a secret museum of Honda cars and bikes) and performed a wide range of music from Elvis, Roy Orbisson, Mama’s and Papa’s, Simon and Garfunkle, to the Beatles. This is my “life” part of my “work-life” balance. What do you do for fun?

On the consulting front, I founded MK North America, Inc., which is a limousine company catering to the needs of the Japanese community in Southern California and is a subsidiary of MK Taxi Group in Japan–one of Japan’s largest taxi company.

On the real estate front, the market is seemed to have bottomed out at the national level as witness by this Wall Street Journal article. But as I have said over and over, real estate is a local market issue, so let’s look at Los Angeles single family residential median value to see where we are at: 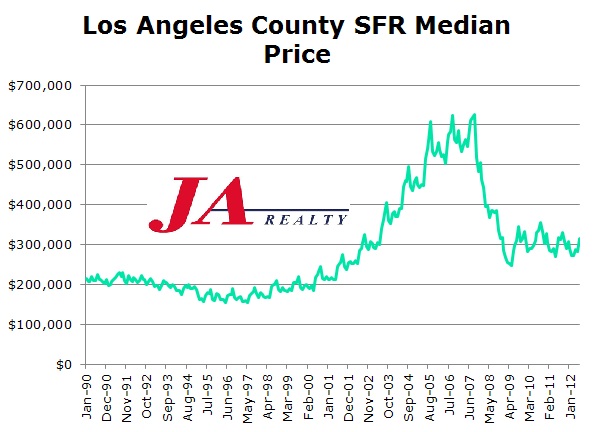 As can be seen from the chart above, after bottoming out in the Spring of 2009, the LA market has bounced off the bottom but has been generally going sideways. The market seems to be divided into two segments: nice houses in desirable areas which are priced right and seem to sell within a day of two of being listed (South and West Torrance, parts of Huntington Beach), and those with a bit of blemish that seems to just sit unsold for months after months. We have three of our clients fighting for these desirable houses in good areas, and it ain’t easy. One thing you must do it so go view the house immediately after it lists and put in a decent offer immediately. If you snooze, you lose!

Also, the interest rate keeps going down and it now seems that it has finally hit the bottom. At 30 year fixed rate at 3.66%, and the prime rate holding at 3.50%, how much lower can it go? 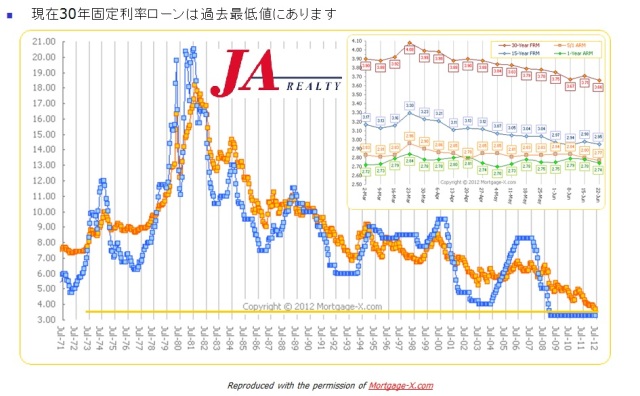